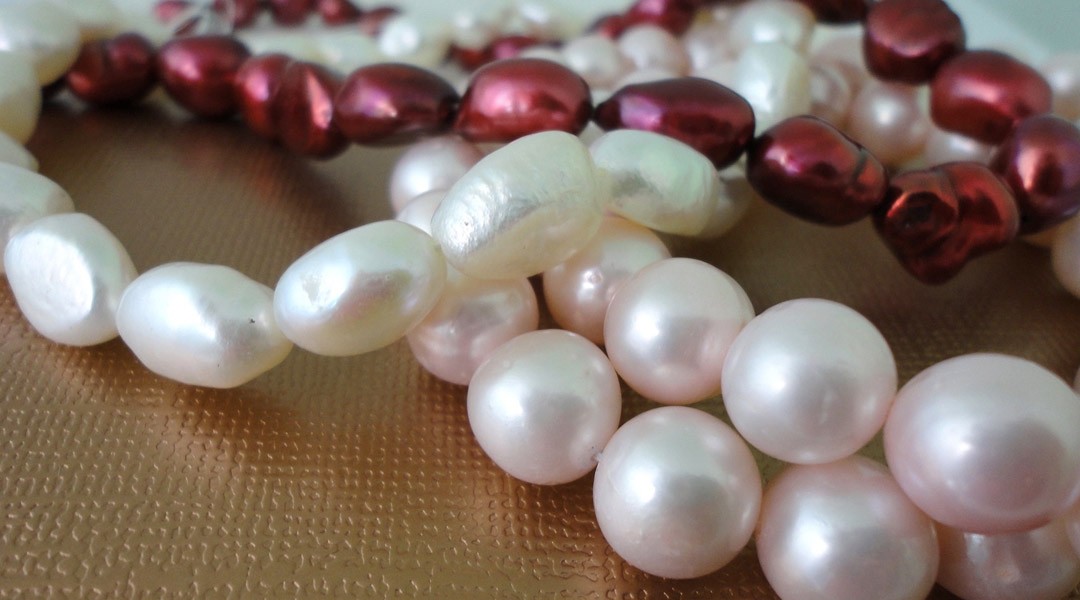 I’m making a pearl necklace. It’s for a man. Why do people think that’s strange? Why don’t real men wear pearls anymore? Wearing pearls is seen as feminine, and brides seem to have entirely hijacked white pearls as an accessory.

The first Age of Pearls

But go to any art gallery or palace and the largest portraits are predominantly of powerful men draped in pearl necklaces, some with huge lustrous pearls in their ears, on their hands and hair. Crowns and clothing have pearls added as adornments. Moghul emperors, Indian maharajahs, European royalty such as Louis XIV the Sun King, and Henry the VIII were always resplendent in pearls. Wearing pearls wasn’t considered girlish; in fact the bigger the pearl the better. No pearl was considered too big; glamour, size and lustre were highly sought after. So why are pearls the exclusive domain of women today?

Popes, royalty and the nobility have used pearls as symbols of status and wealth. The Egyptians and Romans prized pearls to such an extent that a Roman general was able to fund an entire military campaign on the proceeds of one pearl earring. The emperor Caligula promoted his horse to Consul and presented him with a pearl necklace. The Romans even banned plebs from wearing pearls, reserving them for the upper strata of society. Cleopatra crushed pearls and drank them at a meal to demonstrate how wealthy she was.

Pearls: the Queen of Gems 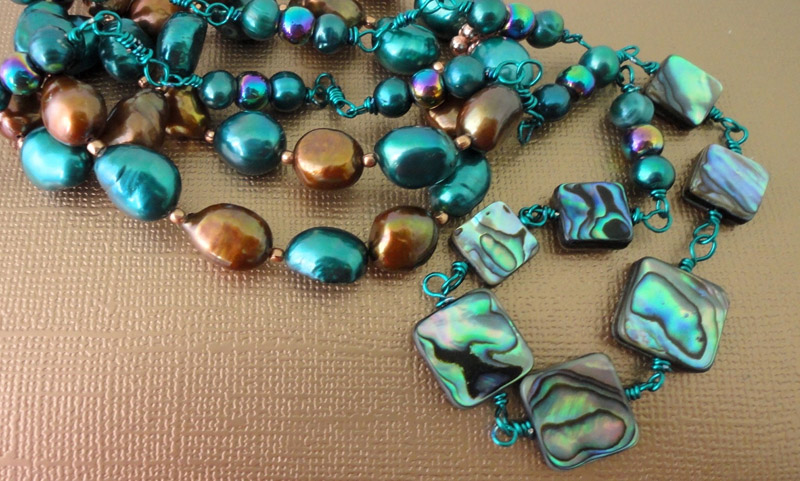 Known as the “Queen of Gems”, pearls are among the earliest natural gemstones used and have been used across continents, religions and cultures. The symbolic power and allure of pearls transcends the major world religions. The Koran, the Bible, the Hindu scriptures and Chinese mythology all attribute pearls with a high status, associating pearls with paradise, purity and the sublime. Pearls are the birthstone for February, June (traditional) and November.

It’s understandable that something so perfectly spherical and shimmering white, that emerges from the shells of molluscs dredged from the murky depths of the sea would be attributed with a mystical status. It’s also understandable that the rich and the powerful may desire items that are in rare and limited supply.

I’m looking at my collection of pearls and wondering what is it that makes them so desirable. Is it the lustre, the feel of them, their history, the symbolism and the perceived value? Perhaps it is simply that they suit all complexions the world over.

What made pearls so rare?

They are unique in that they are still alive when found. Unlike other gemstones they haven’t been dug up after millennia as fossils. They are the living organism, the nacre of a shellfish. The layers of nacre of which a pearl is composed are absorbent, so that external factors can influence their condition and even colour. They come in a range of limited colours from the oceans. Pearls don’t need to be cut, faceted or polished. So from the earliest days, for thousands of years, the pearl and even the Mother of Pearl in the interior nacre of the shell have been used as adornments.

The three strand ‘susa necklace’ taken from the 2,300 tomb of a Persian princess, displayed at the Louvre in Paris, is possibly the oldest necklace in existence. Is this the inspiration for Cartier and Chanel?

When the number of available pearls started to increase upon discovery of the Americas by Columbus, pearls remained in demand among the wealthy and nobles of Europe. Asia already had access to their own supplies of pearls. When natural seawater pearls were supplemented by cultivated pearls in the rivers of America, the cachet for wearing pearls appears to have slowed down among the wealthy classes. When the masses started to afford the more mass-produced cultured pearls, it seems the rich began to prize the rarer natural seawater pearls.

Rather prosaically, the trend for rich wealthy powerful men desiring large pearls, for draping themselves in armfuls of beautiful pearls was delivered the death knell by the son of a Japanese noodle maker.

Kokichi Mikimoto discovered a method of making perfectly spherical cultured pearls. However, his greatest achievement was his spectacular promotional campaign to get heads of governments and jewellers to use his pearls. Through his methods, pearls have become accessible to everyone. So pearls moved from being the star of the show, luxurious treasures and symbols of wealth to now being used as accessories.

So why have pearls become the domain of women?

Why do brides want to wear white pearls? Pearls seem to enjoy universal acceptance and many cultures and religions stress the purity of pearls. The Ancient Greeks believed that wearing pearls on their wedding day would prevent brides from crying. The Hindu God Krishna (or Vishnu) is said to have plucked one of the first pearls from the oceans and given it to his daughter Pandaia as a wedding gift to symbolise love, union and purity. In Christian beliefs Adam and Eve both wept when they were cast out of Paradise. Adam wept a few black pearls, but Eve wept a copious amount of white pearls, eventually creating a lake of them. Pearls are also a symbol of perfection for Muslims. More recently, debutantes received pearls as a sign of achieving womanhood. So it’s understandable that brides so readily want to wear pearls as a symbol of love and purity.

The new Age of Pearls

Yet with the quantity, shapes and colours available now for making unusual pearl jewellery, it’s time to widen the appeal. I think it is time for the Age of Pearls to return for men.

Don’t forget to look after your pearls. As they are an organic gemstone they need protection from abrasives, ammonia, strong detergents and hair products. Keep them out of direct sunlight and spray your perfume on before putting on your pearls. Wash them gently in warm soapy water and pat them dry. A great thing about pearls, whether you are a man or woman, is that they do improve and become even more lustrous with wear, so your enjoyment of them will only improve with age.